POSTMODERNISM INSPIRES HUGO’S USE OF ALUMINIUM IN BUILDING DESIGN

Born to build and destined to design, Hugo found his passion early on in life. It began in nursery school when he lived in South Africa. He discovered his love of LEGO and has been building and designing ever since.

They say men can’t do two things at once, but while being interviewed, Hugo was still drawing!

Hugo has designed helicopter pads, hospitals, houses and many other spectacular structures that don’t begin with the letter H. From retirement villages to power plants, sports facilities and stadiums, Hugo has done it all with both small and large budgets up to $800M.

After high school, Hugo received an entry placement into Structural Engineering, only to soon discover that his true calling was architectural design and ended up graduating with an Associate Diploma in Applied Science Architecture Technology at Southbank TAFE.

Starting his Building Designing career in 1994, Hugo worked with big commercial projects while moonlighting with his own residential projects until 2001 when he became a sole trader.

In April 2009 Hugo established Building Design Studio, Hugo Design. Hugo Design is a multi-award-winning team of three people who have a work-life balance most people dream of. All three staff members work remotely, with one who’s living their best life driving around Cairns in a Kombi van.

Hugo explains, “Staff have the freedom to do what they want, when they want as long as the job gets done… Life is short. Have fun with it! My wife Emma and I work from home with our mascot, Barney”.

Barney aka ‘Barney Rubble Full of Trouble’ is their lovable three-year-old French bulldog who goes wherever they go and is an integral part of their colour selection team. He even matches Hugo’s favourite monochrome palette!

Emma, a registered nurse, has a great eye for colour and has always done the colour selections for the business. Emma is now taking her role as Colour Consultant to the next level with a course in interior design. 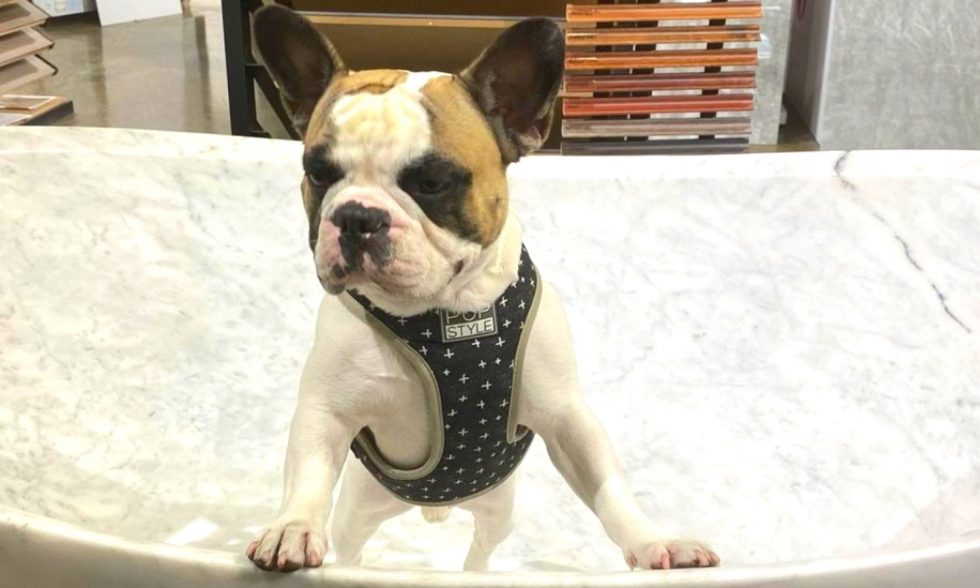 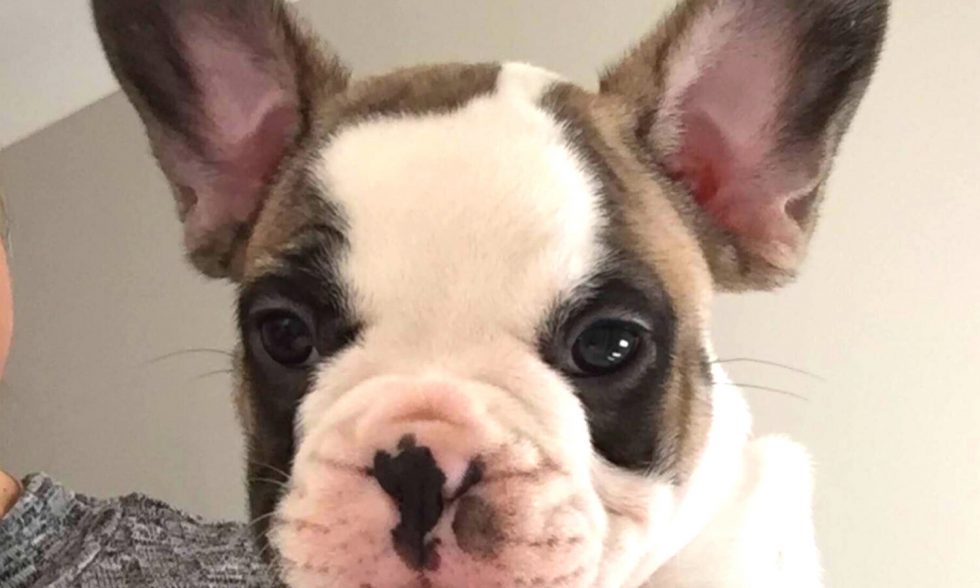 No Hugo Design house ever looks the same but there are a couple of features that a Hugo Design concept house plan will have in common. You’ll notice a pink flamingo floating in the pool or as artwork on a wall and if you look carefully, you’ll find Barney casually sitting somewhere in the house!

WHAT INSPIRES HUGO’S CHOICE OF MATERIALS AND COLOUR PALETTES?

Hugo says, “My inspiration has been the postmodern movement. I love the simplicity and forms so I keep the black and white monochrome palette theme as a traditional base for everything.”

“Then I hit it with highlights of warmth with products from Ullrich Aluminium. Our design lets the furniture bring colour into the house. We have explored the use of timber because it looks great, only for the first twelve months however, over time the material and applied finish tends to deteriorate. We go with the aluminium product because it lasts. You also get lovely shadow lines. I love the play of the light on the horizontal versus the vertical and the way you can use it to highlight different elements of the building to make the elevations pop.”

‘WOOD’ YOU SPOT THE DIFFERENCE OF ALUMINIUM IN BUILDING DESIGN?

Hugo’s latest project has a Scandinavian feel to it – black and white with timber… Except it’s not going to be made with timber! Hugo has been working with Carston from Ullrich’s Burleigh office and will be using a new Ullrich veejay panelling system. It will be powder coated so that it looks like a cedar timber grain. Hugo says, “We’ve gone with aluminium for longevity and low maintenance. The beauty of it is that once it’s up, it will always look like the day it was put on – that’s what I love about it.”

The project is currently under construction. Watch the two 3D animations below to see the stunning design. One is set at night time and the next during the day. (See if you can spot Barney!) This is 174 Barton Road in Hawthorne.

Hugo loves how aluminium is so versatile and clean and says, “When we first used Ullrich Aluminium on one of our homes, we won the prestigious ‘Australian Display Home of the Year Award’ at the 2017 HIA CSR Australian Housing Awards. There were thousands of entries from around Australia.

Close to their hearts, Hugo and Emma are involved in their church group and they sponsor risky rescue operations in Asia. The missions save girls from slavery in Cambodia, Laos, Thailand and Mongolia. Their financial sponsorship helps rescue the girls, get them in school, set up their own businesses and reunite them with their families – who were so poor that they had to sell their children. They also sponsor an organisation that sets farmers up in sustainable farming.

9 Bulimba Parade was a tiny 450 square metre block that showcases what you can build on a small block with a reasonable budget too. Hugo says, “The planning we did for that house made it feel big, like a 600 square metre home… I really loved that one.”

23 Riverpark Place is one of Hugo’s darlings, winning the BDAQ Awards Brisbane Regional Awards Home of the Year. It was also chosen out of every home category in the awards to grace the cover of Queensland Home Design and Living magazine – another sweet victory. 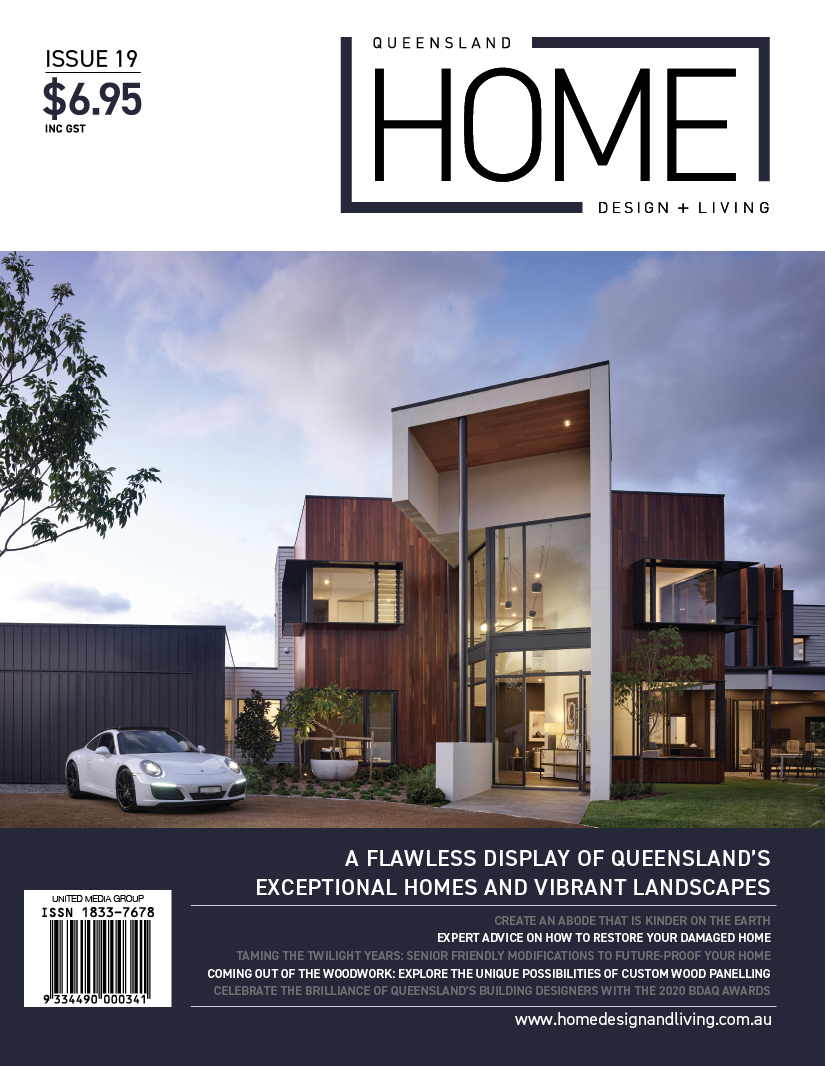 Most current Hugo Design project budgets are around $1M to $5M.

Hugo says, “We’re building a beautiful Hamptons style home on a big acreage in Bellbowrie in the western suburbs of Brisbane. It sits on top of a hill that looks down to the Brisbane River. The house has a 300m river frontage. It’s absolutely delicious!”

Below are two new Residences, one located at Botticelli Street, Figtree Pocket, and the other located at Kankool Street, Stafford, both of which Hugo Design has utilised various Ullrich Aluminium products to highlight specific architectural features of each residence.

Check out this one below – another gorgeous Hamptons house that’s nearing completion in Chapel Hill.

Hugo reminisces, “One of the best things we ever did was build our own home. A dream project would be to build another home for ourselves. We had a lot of fun building.”

“We immerse ourselves with the clients and always become good friends at the end of the project! I think the greatest satisfaction and most gratifying experience is when we hand the keys over, see their smile and say, ‘Guys, welcome home’. That’s beautiful,” adds Hugo.

Hugo definitely delivers on the Hugo Design motto ‘Deliver the Wow without the Ow!’.

Speak to Ullrich Aluminium team near you today.